Prejudice is a choice. A choice we keep making.

After watching Hidden Figures, the world is reminded of discrimination in the 1960s. But is prejudice an old-fashioned theme? Or has it merely taken new forms in the modern era?

Sunday morning. A day of rest. A day for church. The family day. On Sunday, 4 April 2015, Walter Scott took a slow drive in his 1991 Mercedes Benz. He was soon stopped by police officer Michael Slager in the parking lot of an auto parts store. His third brake light was not working. As Slager returned to his patrol car, Scott fled the scene. The police officer fired his Taser, hitting Scott and the two were shortly involved in a physical alteration behind a pawn shop. Scott eventually escaped and Slager drew his handgun, firing eight rounds at him from behind. As Scott fell to the ground, Slager radioed a dispatcher, stating, “Shots fired and the subject is down. He grabbed my Taser.”

Michael Slager is a white police officer in North Charleston where whites make up 37% of the population, yet the police department is 80% white. He fired his gun when Scott was approximately 5 to 6 m away and fleeing. Is Slager more competent than a police officer of colour? How does he make the elite of the elite from the 37%?

Little did Slager know that he was being filmed by an onlooker. Perhaps then his statement would not have read that he had feared for his life because Scott had taken his Taser, and that he shot Scott because he “felt threatened.” Perhaps. Or perhaps he would have formulated another lie to get away with bloodshed. Slager was named in a police complaint in 2013 for allegedly using a Taser on a man without cause. He was cleared by his department over the incident; but following the Scott killing, North Charleston police stated they would re-review the 2013 complaint. Slager was named in a second tasing-without-cause complaint following an August 2014 police stop. A complaint filed in January 2015 resulted in Slager being cited for failing to file a report.
37%.
Elite.
The cream that has risen to the top and deemed competent to serve as an enforcer of the law in a city whose constant injustice is the harassment and racial profiling of African Americans.

It’s a silly sickness, prejudice. The way it creeps into the hearts of men and women, blinding all rational thought and action. Yet for all its malicious intent, it is fundamentally ludicrous. Unlike cancer, AIDS, or even the common cold, we often fail to realise that prejudice is a choice. An ailment that the human race ingests on its own when there are healthier routes to go. We choose to be sick. When being better seems to be an unfathomable choice. “No one is born hating another person because of the color of his skin, or his background, or his religion. People must learn to hate, and if they can learn to hate, they can be taught to love, for love comes more naturally to the human heart than its opposite.”
Sound familiar? If it doesn’t, Google it. And once the shame has passed, make sure the kids know it. We cannot continue to flounder over the same aberrations.

Prejudice is a tale of yesteryear, is it not? Does it not belong in an old leather book, tucked away in a closed down library? Next to Latin manuscripts and manuals on how to use a cassette player. Yet we continue to fail, for the message never seems to stick. Even today. The most powerful position in the world is now occupied by a bigot. Football hooligans abuse those that are not as white as the ball their teams kick. And social media users openly use derisive terms, justified by “I don’t mean to be racist but…” We have evolved medically, financially and digitally, but a pus of discrimination continues to trickle through society, holding us back from total human enhancement.

Cinematic retellings of racial discrimination on the big screen over the last few years, have given birth to some of the most powerful storytelling in decades. The Help; Django Unchained; 12 Years a Slave; The Butler and Selma, have all done justice to a theme that needs to be reemphasised amongst future and older generations. Hidden Figures is the latest installment that not only joins the above list through defiance, strength against racial and gender prejudice, but also takes the viewer through the journey and obstacles the unsung hero faces in their search for advancement and equality in the workplace.

The movie, set in the 60s, uses old segregation policies to highlight powerful messages. Katherine Johnson, merely referred to as a ‘coloured computer’, is made to run half the way across town each day just to use a coloured ladies room. She is also further humiliated by her white counterparts who make her drink coffee from an old ‘coloured’ pot.  Johnson and two other African-American mathematicians face daily struggles to prove their worth at NASA, where discrimination is rife. As aspiring engineer Mary Jackson says: “Every time we get a chance to get ahead they move the finish line.” The backdrop of civil rights protests helps paint the torrid times during which these women are trying to realise their dreams.

The wheel of discrimination has spun precariously over time. It has gone from being enforced, to being condemned, to being covert. And there is no land more blanketed in covert racism, than South Africa. With all the tragic and complex history of this country, every situation involving different races hangs on a knife-edge.

There was a moment during a movie premiere of Hidden Figures that embodied the delicate nature of prejudice in SA. The movie was 10 minutes in, when a black lady opened the cinema doors and led in a line of black children. She walked in front, gallantly, as the kids gleefully followed, popcorn and Cokes in hand. A row of white ladies glared towards them, as the black lady moved across their line of vision. She glared back.
Question. Is this racist?
The black lady never had the simple benefit of going to a nice cinema when she was young, during the apartheid era. She is proud to be there and to let the next generation, not only be a part of a fun evening out, but also gain some education via powerful cinema. But do the white ladies not have a right to be peeved? They’ve taken their seats on time. To watch a movie that they obviously view as being monumental, otherwise why attend a premiere? So who is wrong? Who has been wronged? This is SA’s current conundrum.

I spoke with a young lady who was also at the movie premiere, with whom I’ve struck up a wonderful friendship in recent times. As with me, she was extremely moved by the movie and its messaging. She has a bubbly personality, embodied by her boisterous laugh that comes with being half black and half coloured. That beautiful laugh saves me on my worst days. She’s always complimenting my fashion sense, asking me for tea bags and letting me have some of her almond milk. Like with most friendships, ours was built suddenly and randomly. But when she begins to talks about her experiences with prejudice in this country, the graveness on her face is both sobering and unsettling.

She has worked hard to get to where she is today and is enraged when she still receives dirty looks when entering an expensive clothing store or sitting down in a fancy restaurant. The covert racists burn ambition with their stares. She doesn’t need validation from those sort of people and she is indignant that she almost has to be apologetic for being black. That is why the ladies’ courage and determination in the movie resonates with her. Stand up for what you believe in. No matter how inadequate you are made out to be.

I know of her anger. I have two different English qualifications. My strong command of the language is as a result of my studies and being brought up in a home with a senior Linguistics lecturer and an English Head of Department. Yet, I have had white people mock my Indian accent in a derisive manner, time and time again.
Humorous? Hardly.
There is no wit nor class attached to the mimicry. So I smile. And use big words.
Thy microscopic neural structure taketh the size of thy nether region. And before they get onto dictionary.com, I have made my exit towards the room with the relatively civilised creatures.

The country’s problem revolves around one particular aspect: awareness. There are many genuine white people who care about others, irrespective of race or culture. They need to serve as role models to all races. But there are also many that need to understand that, whilst they might not think they’re being racist, certain mannerisms, diction or modes of thinking can easily be insensitive towards people of colour. The majority of white people in South Africa are educated, but does that education cover emotional intelligence? The other day I heard two people talking in a lift about a security guard who comes to sit at a table next to them during lunchtime and whose food is pungent. Their tone was both derisive and aggressive. Had a black person heard the conversation, how would they feel?  When people of colour read about or see the shootings in America, it reignites deep wounds from the past as well as serving as a reminder of the struggle for equal rights in the present and the future.

There is a quote in Hidden Figures that sums up the denial that black people have had to face throughout history and continue to face today. Dorothy Vaughn, supervisor of the ‘coloured computers’, continually applies for a higher supervisor position. Her continual drive towards her ambition is met by curt responses from her boss, Vivian Mitchell, who subtly makes it known that Vaughn is never going to progress at NASA. After a powerful scene, where Kevin Costner breaks down the ‘Coloured Ladies Bathroom’ sign so that Katherine can go to the bathroom anywhere, Mitchell meets Vaughn in the ladies room- something unheard of in the 60s. Mitchell delivers a chilly reception as always:
“Despite what you may think, I have nothing against y’all.”
Vaughn’s response?
“I know. I know you probably believe that.” 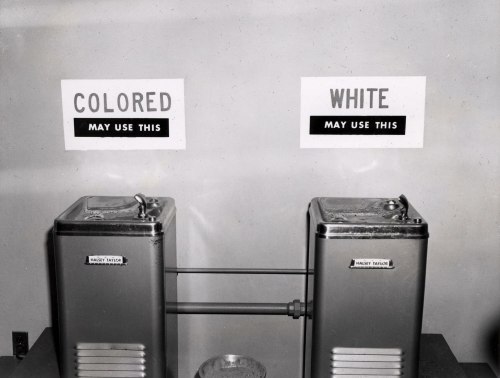 Why did Michael Slager shoot an unarmed black man? Was it a chance to use his profession to mask his resentment towards black people? That can never be proven. But the insensitivity lights a wick that burns through humanity. A man of the law, or any other member of society for that matter, must strive towards being aware of his fellow man. Or woman. Or black, Hispanic, gay, or disabled neighbour. Prejudice will always linger in our hearts. We are all guilty of having dark thoughts, no matter our position. Discrimination in the modern era is like seeing a pedestrian run across when it is your right of way. Ignorance is the accelerator. Empathy is the brake. It is a choice.

And we always have a choice.

2 responses to “Prejudice is a choice. A choice we keep making.”